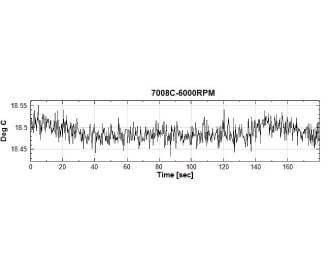 Phenomenon：Temp. rise became over high during running-in test in factory.

Directly operated the spindle at 6000RPM after bearing replacement

Increase the rotating speed by stages till 6000RPM

phenomenon. Increasing the rotating speed by stages can spread out the grease within

We use cookies to ensure our website work normally and provide you with the best user experience. By using this website, you agree to the current setting.